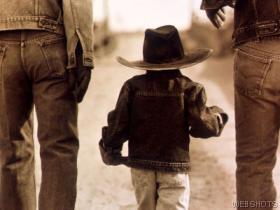 Who Are You Inviting Into Your Life?

A woman came out of her house and saw three old men with long white beards sitting in her front yard. They looked harmless and gentle. They greeted her and introduced themselves by the names Wealth, Success and Love. “Well, those are interesting names,” she said. “Why don’t you come in and have something to eat?”

“You may only invite one of us,” they replied. “But if you will discuss with your family which of us it should be, we will be grateful for whoever it is.”

The woman went in and told her husband what they had said. Her husband was delighted. “How nice!” he said. “Since that is the case, let’s invite Wealth inside!”

His wife disagreed. “My dear, why don’t we invite Success? Surely that will lead to wealth and make us the envy of our neighborhood.”

Their daughter chimed in, “I would rather have Love.” She was so sweet, and the couple loved her so much, they laughed and said, “Yes, let’s invite Love to eat with us.”

The woman went out and asked the three old men, “Which one of you is Love? Please come in and be our guest.” 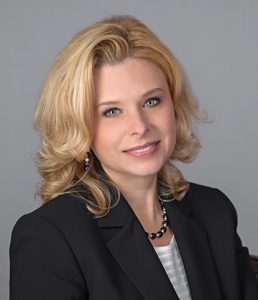 Love got up and walked toward the house. The other two also got up and followed him. Surprised, the lady said: “I only invited Love. Why are you all coming?”

The old men replied together, “When you invite Love into your house, you also get both Wealth and Success.”

Click on the Home button on the top menu bar to navigate to the main BrunerTeam website or use the right-hand window. Take a look at our Feature Listings below:

Women’s History Month originally began as a local week-long celebration in Santa Rosa, California. The Education Task Force of the Sonoma County Commission on the

Status of Women planned and executed a “Women’s History Week” celebration during the week of March 8, 1978 to correspond with International Women’s Day.

Don’t limit yourself to evaluating employees just once or twice a year. For every employee you manage, provide daily feedback based on something that he or she worked on recently.

Your feedback should address two simple questions: “What were the standards?” and “Did this person meet them?” A short conversation will remind employees that you’re interested in their work and it keeps you up-to-date on their performance. 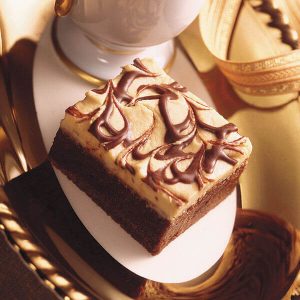 This is a FANTASTIC grown-up style brownie from Land O’Lakes. It gets RAVE REVIEWS! If you love brownies and coffee, you’ve got to try this one! Take a moment to read the reviews to learn how some have even substituted instant coffee for instant espresso powder, and the brownies turned out great.

How Did That Start?

Many of us cross our fingers for good luck, but have you ever wondered how customs like that originated? The Cracked website explains the beginnings of everyday behavior we take for granted:

“Pick a positive quality you want to be known for. Of course, you have more than one positive quality. But if you make a point of associating yourself with a single great trait, like always being on time or always appearing alert and cheerful, then people will think of that ‘great trait’ every time they see you. This is a good thing.”

Had enough of tedious tasks? Try this challenge: estimate how long it should take you to complete a task, then shorten your allotted time by 50%.

Set a timer and push yourself to get the task done— and get it done right— in half the time you’d normally take. Although this won’t eliminate boring tasks, you might be able to make them less dull and it leaves you with extra time to spend on something you enjoy more.

Best and Worst Flowers to Plant for a Pet-Friendly Garden 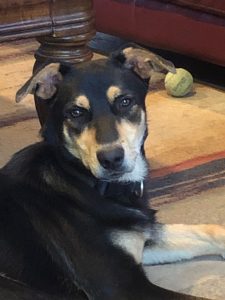 Many pet owners know that their furry friends may chew or eat anything in the backyard. This is a helpful list of what plants may be dangerous to them.

Click here for more: Best and Worst Flowers to Plant for a Pet-Friendly Garden | Southern Living

(Note: Photo is of our newest addition to our family. His name is Runway as he was rescued from an airport.)

Is veganism in the United States on the rise? Although the Indiana Daily Student website reports that only 3% of Americans identify as vegan, there’s evidence that it’s becoming more and more mainstream. A Harris Poll survey found that one in five Americans sometimes eat vegan when dining out, and data from Impossible Foods shows that more than 50% of millennials and Gen Z members eat plant-based meat at least once a month, compared with one in five baby boomers.

Studies suggest that the slow rise of veganism is linked to concerns about the environment, a desire to address animal welfare, and overall health— although nutritionists point out that meatless burgers aren’t necessarily healthier than beef because they include more salt and saturated fat.

A man was walking through the park when he came upon a boy playing a game of chess against a dog.

“This is just incredible,” the man shouted. “What a smart dog!”

“I’ve already beaten him two out of three games.”

If you or someone you know suffers from depression, this news could help. An article on the MedicineNet website reports that 35 minutes of exercise a day could help lower the risk of depression, even among people with a genetic predisposition for the ailment.

Researchers at Massachusetts General Hospital in Boston analyzed two years’ worth of medical records and genetic information from close to 8,000 people. They calculated a genetic risk score for each person that predicted the likelihood of depressive episodes.

The data showed that people with a higher genetic risk were likely to be diagnosed with depression within two years, but physically active people with the same score— or even a higher one— were less likely to suffer from depression.

For every four hours of exercise a week, the risk of depressive episodes decreased by 17%. Both intense, aerobic workouts and low-intensity practices like stretching and yoga showed the same effect. Getting active may be the key to mental as well as physical well-being.

Most of us clean our bathrooms, however, there may be some things that we should do more often.

Click here for article: Bathroom Tasks You Should Do More Often Than You Think | DoItYourself.com

Tips From a True Success

As Warren Buffett’s right-hand man for more than 40 years, and a vice chairman of Buffett’s Berkshire Hathaway, billionaire Charlie Munger has had the kind of career and financial success most people can only dream of. Here’s his advice for anyone who wants to rise to the top:

“Don’t sell anything you wouldn’t buy yourself.” Be true to your values. Pick a career not for how much money you can make, but for doing something you believe in and are willing to dedicate your life to.

“Don’t work for anyone you don’t respect and admire.” Be careful about who you choose to work with and for. Seek out people you can look up to and learn from them.

“Work only for people you enjoy.” Your boss and co-workers can be a source of stress or strength. Find an employer whose culture attracts like-minded people who share your values and your commitment to success.

Question:  Where does the movie Groundhog’s Day take place?

Congratulations to Michelle Woo ! Your name was randomly selected from all of the correct entries. You won a $50 gift card to one of the following: Amazon.com, Academy, Target, Khol’s, Bed, Bath, & Beyond, HEB grocery, Willie’s Icehouse, OR Pappas restaurants. Your choice! 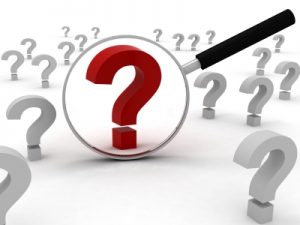 Question:  What famous magazine was first published in March 1923?

Everyone who contacts Elisa via email (elisa@brunerteam.com) or phone (832-746-7911) with the correct answer by February 20th will be entered into a drawing for a $50 gift card to one of the following: Amazon.com, Academy, Target, Khol’s, Bed, Bath, & Beyond, HEB grocery, Willie’s Icehouse, OR Pappas restaurants. Your choice!